I mentioned a couple of posts ago that I suspect that my so-called gluten-sensitivity is actually a FODMAPs sensitivity. During my research, I stumbled across the autoimmune protocol. As someone with an autoimmune condition (vitiligo), my curiosity was piqued, and I went on to read a few articles. I hadn’t really expected to find much – after all, how much can does a disease affecting your skin really have to do with your diet?

I’m not going to talk too extensively about the hows and whys behind the autoimmune protocol. Sarah Ballantyne has written extensively on the topic – I’d highly recommend exploring her posts if you have any questions.

Honestly, I’m tired of living with digestive distress. Over the part eight or so months, I’ve been eating everything – even gluten containing foods – hoping that my symptoms would resolve. Obviously, they haven’t; if anything, my IBS-type symptoms are worse than ever. As I’ve said before, something has to change.

The autoimmune protocol promotes avoidance of nightshades, eggs, seeds and nuts, alcohol, NSAIDS, and excessive fructose or sweeteners. I’m going to be combining this protocol with a low FODMAPs protocol (avoiding galacto-oligo-saccharides, fructans, lactose, fructose and polyols) in hopes of a) resolving my digestive issues and b) finding which foods I tolerate and which ones give me symptoms. The protocol is essentially a modified paleo protocol. 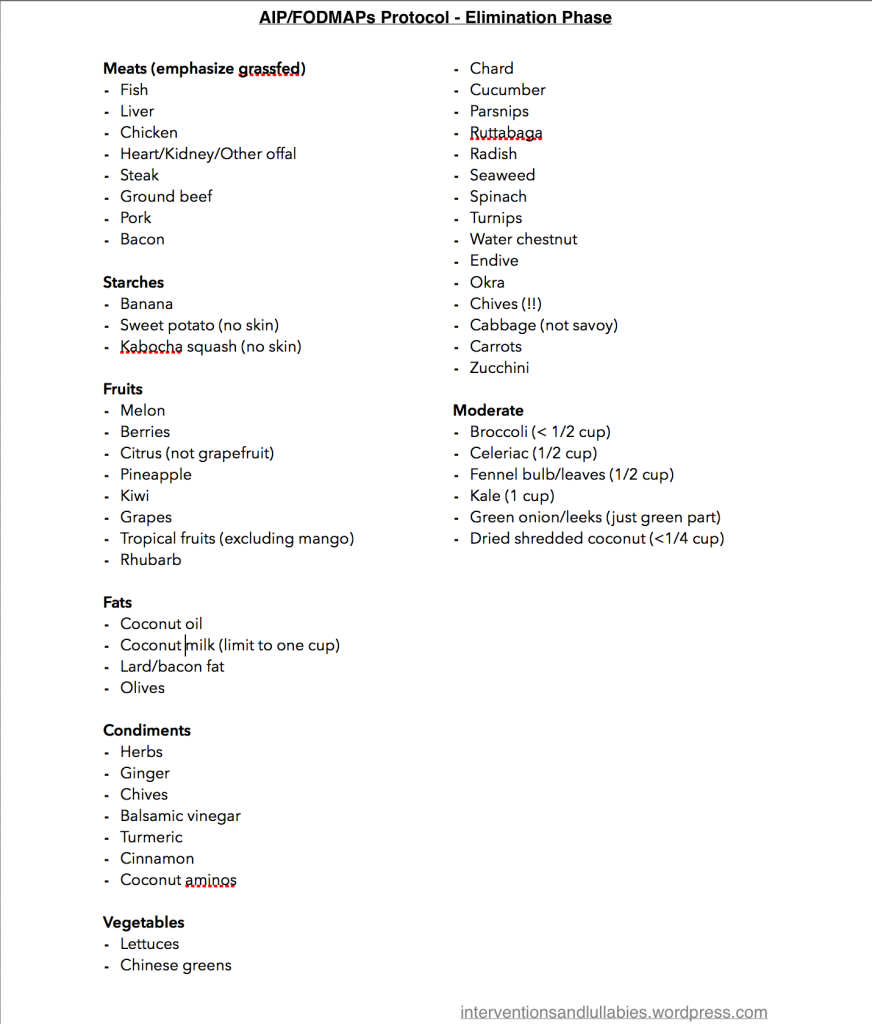 I’ll be following the strict AIP + FODMAPs protocol for a month. After this time, I’ll begin to reintroduce common FODMAPs foods (one every five days), recording any symptoms. Once these have been tested, I’ll move on to foods on the AIP no-go list.

Obviously, I have no intention of following this for any extensive period of time. Avocados, nuts, eggs, tomatoes, bell peppers, spices, and dairy products are mainstays in my diet, and I’m hoping I won’t have to see many (if any!) of them go. I’ll be posting updates here and on twitter, as well as meal pictures on instagram. 🙂